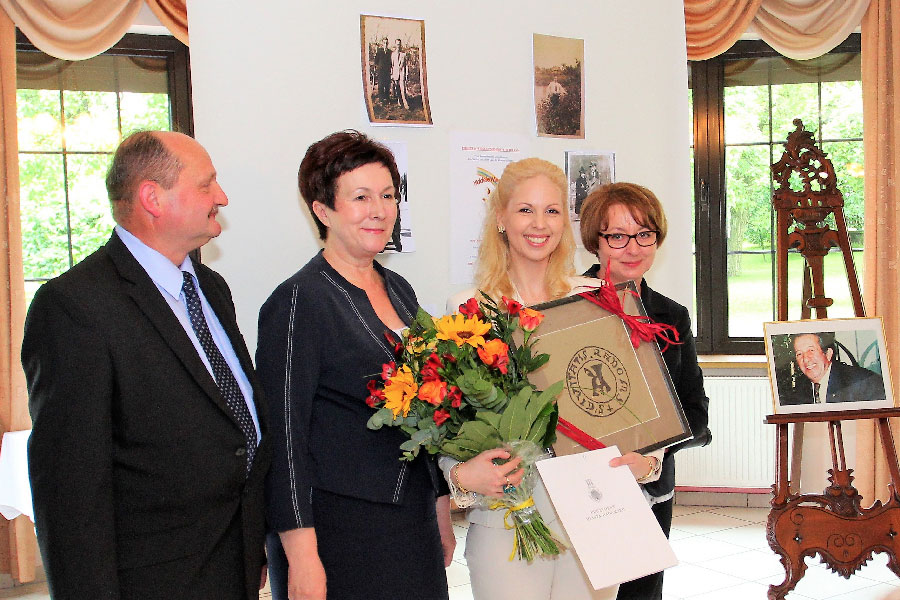 Inauguration of the museum, June 2nd 2014

The Inauguration of “the Kesselman Museum”, the First Jewish Open Air Museum in Europe, took place on June 2nd 2014 in Radomsko. That date has been chosen because it was Henry Kesselman’s birthday. His daughter Rachel Lea Kesselman paid him the most valuable tribute, offering the largest Jewish Museum ever, on 13 Km in his native town, and in such an exceptional form.

the representant of the Polish Minister of Culture, Mr Zdrojewski,
the Great Chief Rabbi of Poland Michael Schudrich (Member of Honor of “Yiddele’ Memory”),
the First Counselor of the German Embassy Mr Reinl,
the First Secretary of the French Embassy Jonathan Boffy representing His Excellency Pierre Bühler,
the Deputy-Director of the Museum “Polin” Zygmunt Stepinski, the Coordinator of Virtual Shtetl Krzystof Bielawski (both virtual partners of “Yiddele’ Memory” at that time),
the Authorities of the City and of the Region of Radomsko,
More than 70 guests from France, Israel, United States, Poland and Germany, and descendants of Radomskers.

The day began with a kosher lunch at Hotel Zameczek in Radomsko. Later took place a Ceremony with meaningful speeches, tears and laughter. Then, the guests gathered on the main place of Radomsko around the Starosta (Prefect of Region) Robert Zakrzewski who opened a bottle of kosher champagne brought from France. Rachel Kesselman shook the champagne and sparkled the bubbles on the inaugural plaque, which made all the guests laugh !

Then she led the guests among the streets of Radomsko where people discovered the tabliczki mentionning clearly what Jewish institution the buildings hosted before the war.
Sometimes, a descendant of Radomsker himself was unveiling a tabliczka. That was notably the case for Ambassador Fernando Gelbard at his former family building and for Krzysztof Starzec, Professor of Economics at La Sorbonne in Paris, whose mother Pola Bugajski possessed the building that hosted one of the 4 Jewish Schools of Radomsko.

Arriving at corner of Kosciuski St, the guests got a major surprise : a Happening of 200 students from Radomsko holding the Israeli flag and saying that the youth of Radomsko remembers the Jewish past of the city. They guided us on the way of the deportation and once arrived at the train station, we all sang ‘’Hatikva’’, the Israeli national anthem. A very moving moment in memory of the 18,000 Jewish victims of Radomsko.

After a visit to the former house of the Kesselmans, that hosted the Judenrat during the war, and where the Chief Rabbi of Poland sang a vibrant “El Maalei RaHamim”, the day ended with a visit to the Jewish cemetery and a prayer on the grave of the great Tzadik Tiferes Shlomo, za”tsal.

This inauguration was an unforgettable day for both the guests and the youth of Radomsko !
See the video in “Medias” 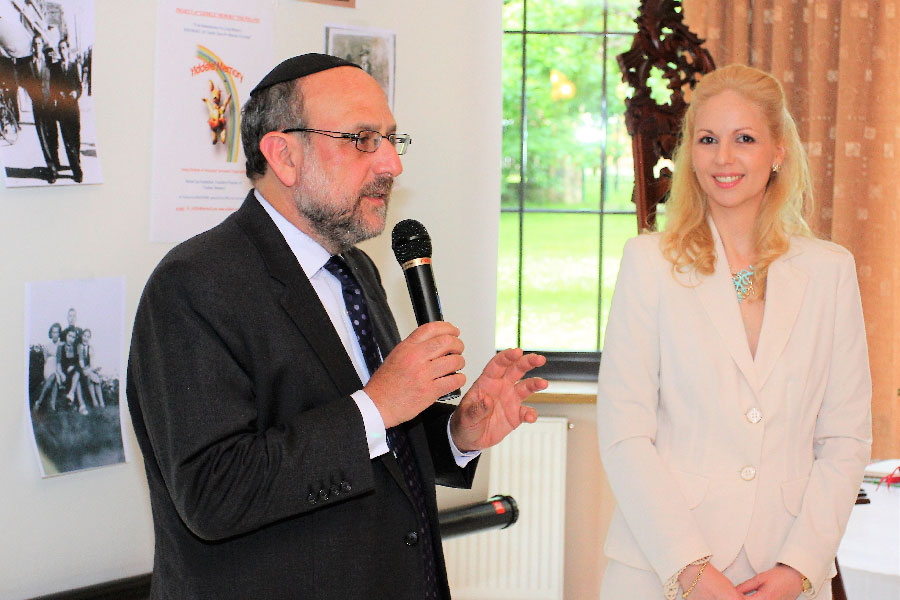 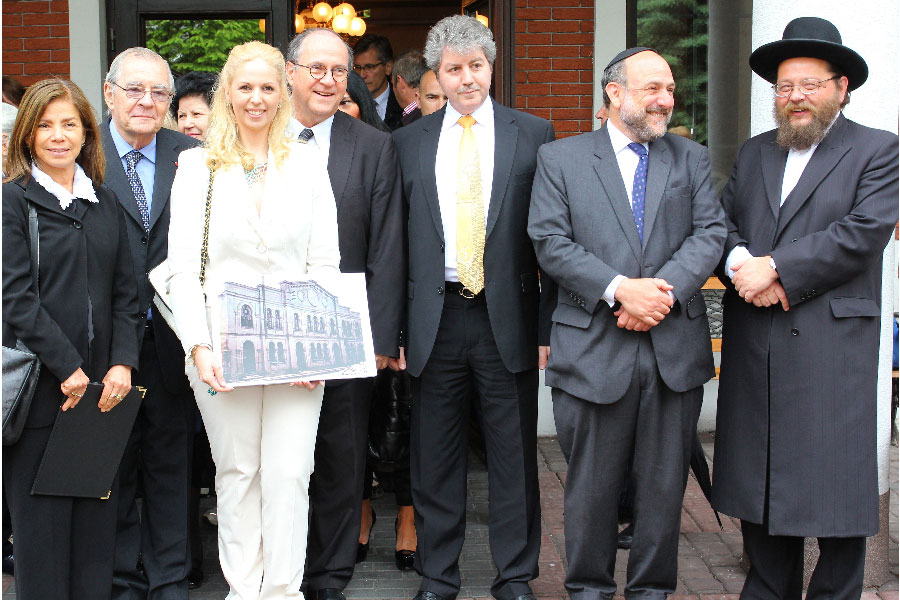 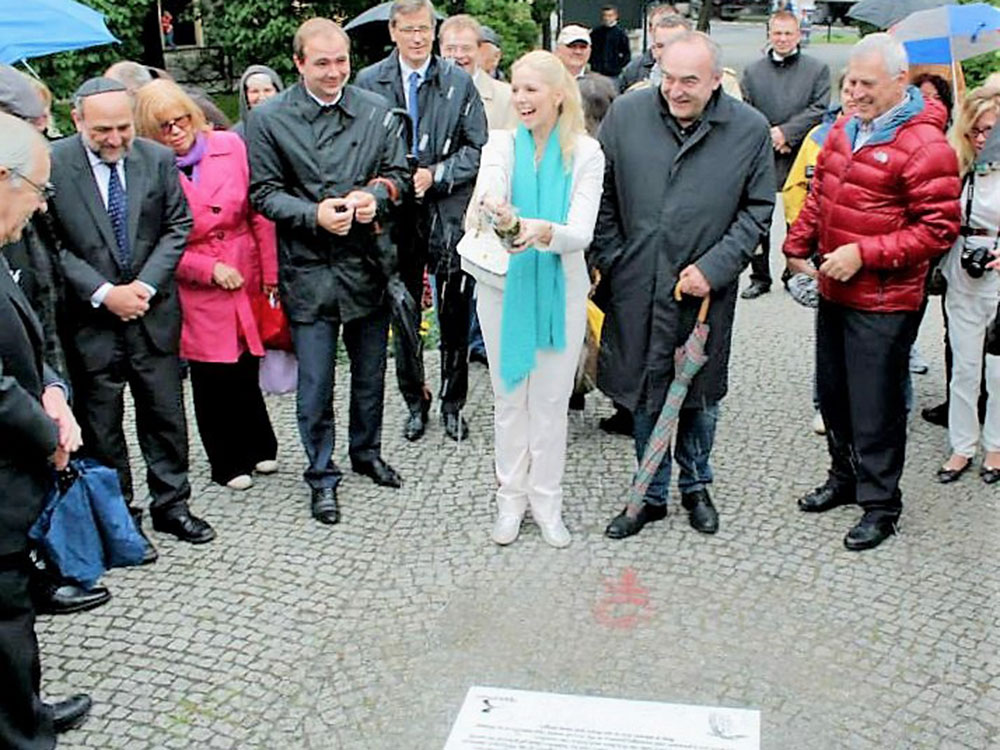 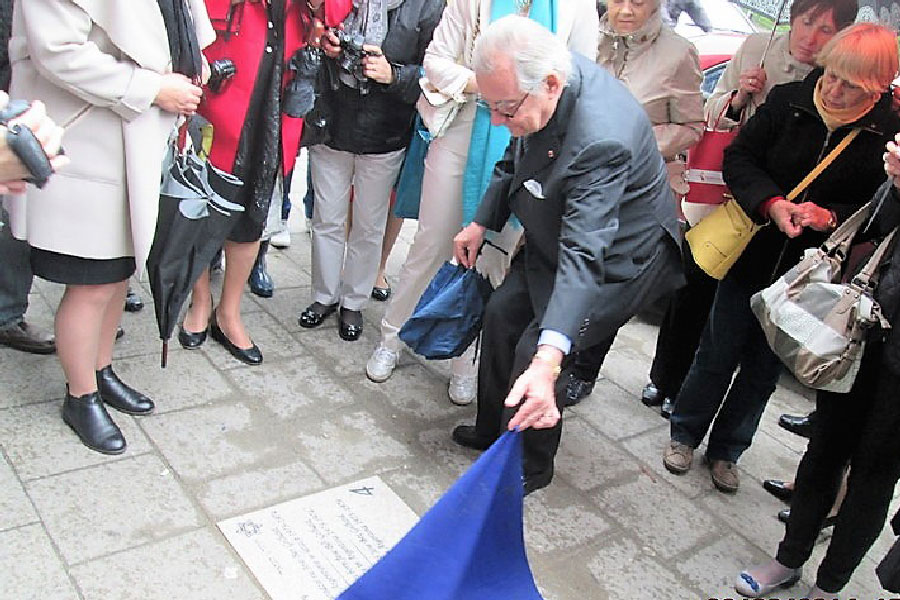 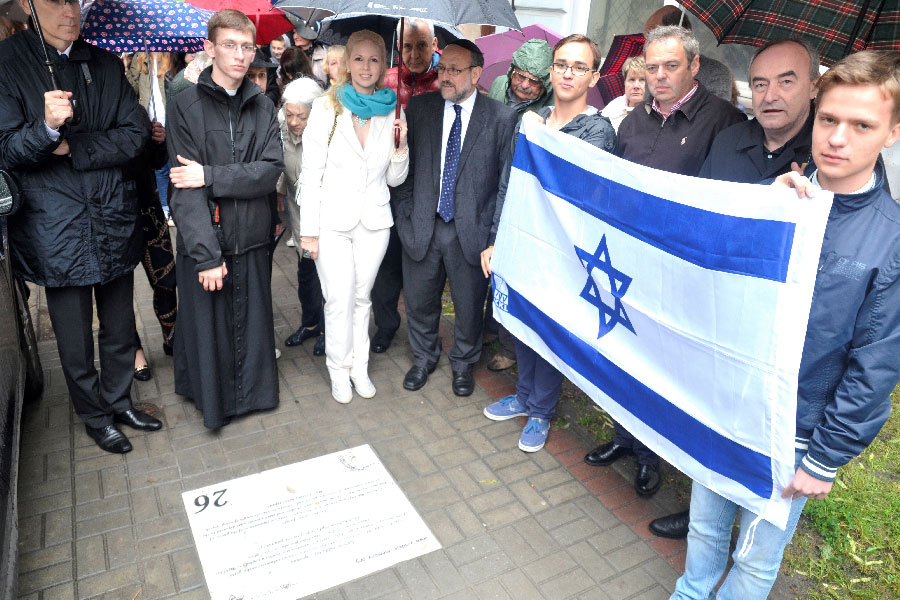