If this unique Museum celebrates the Jewish life in every street, the war can not be forgotten. Therefore, 11 plates out of 60 retrace these 6 black years. 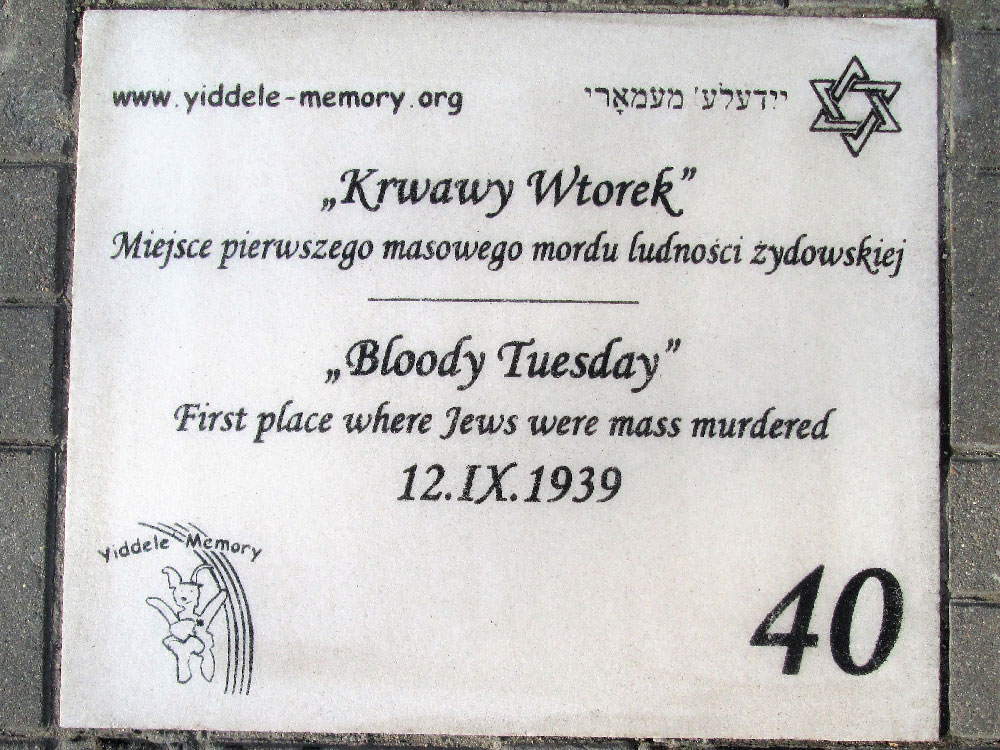 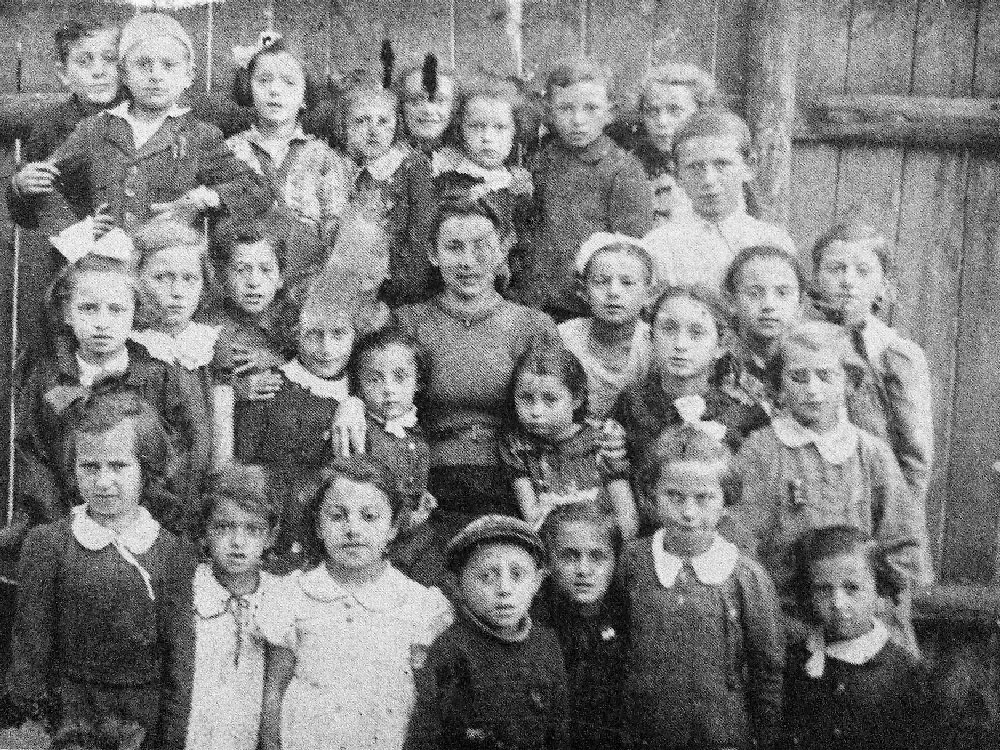 Like in most towns and villages in Poland, the Nazis first bombed the Rynek (Market Place) and some strategic places such as the big factories.

Like on every Rynek of Poland, almost 90% of the inhabitants were Jews. As a consequence, hundreds of them died in the very first few minutes of the war and half of the Jewish buildings of the Rynek have been destroyed. Fortunately, the rest of the city was spared. On September 3rd, Radomsko was physically invaded by the Germans. 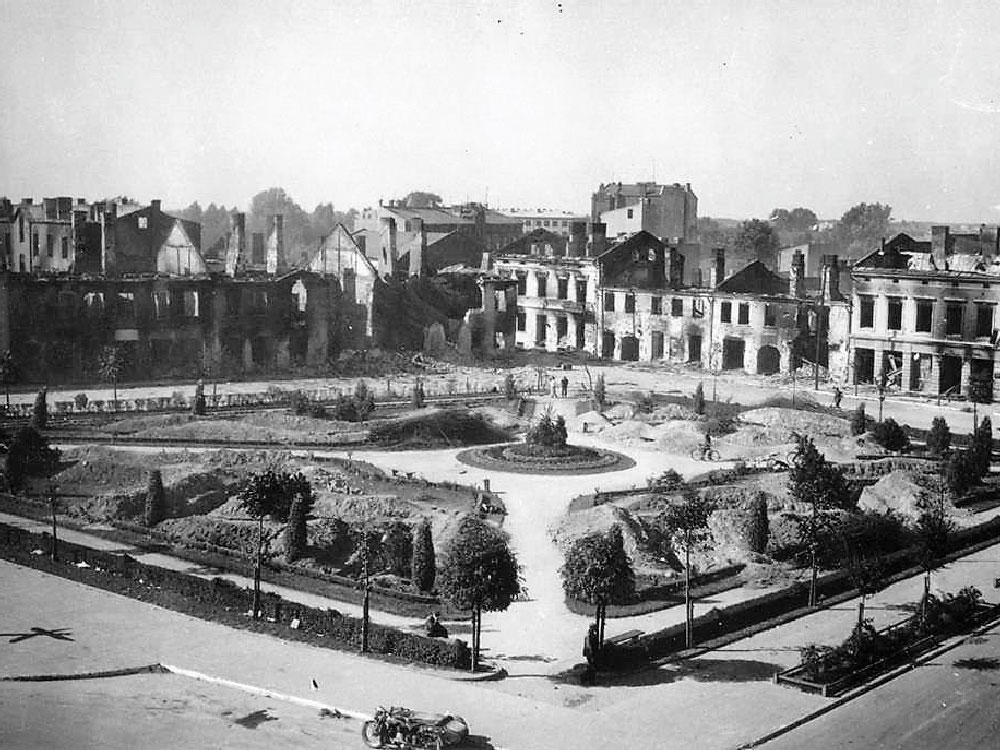 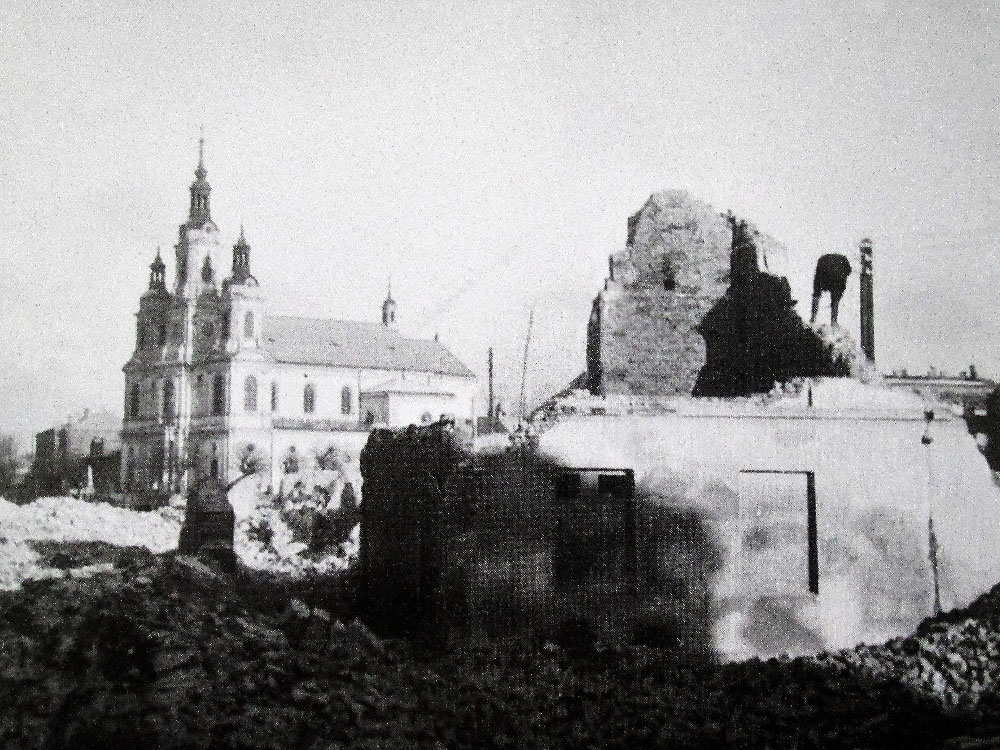 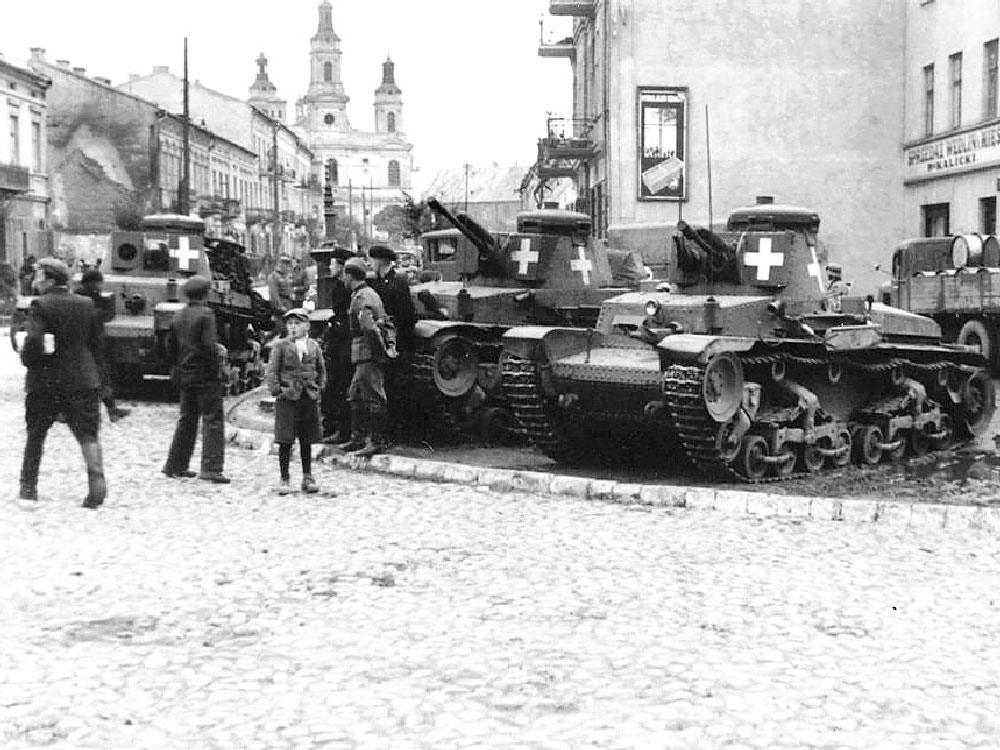 Radomsko was the second ghetto of Poland since December 20th, 1939 (after Piotrków Trybunalski on October 8th). All of a sudden, the Jews got 20′ to pack 2 luggages per person and leave their comfortable homes to go stack in soon overcrowded rooms in the ghetto.
All opposition was immediately punished by death. That is why people resigned in obeying. 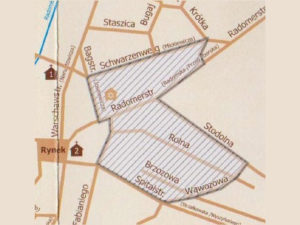 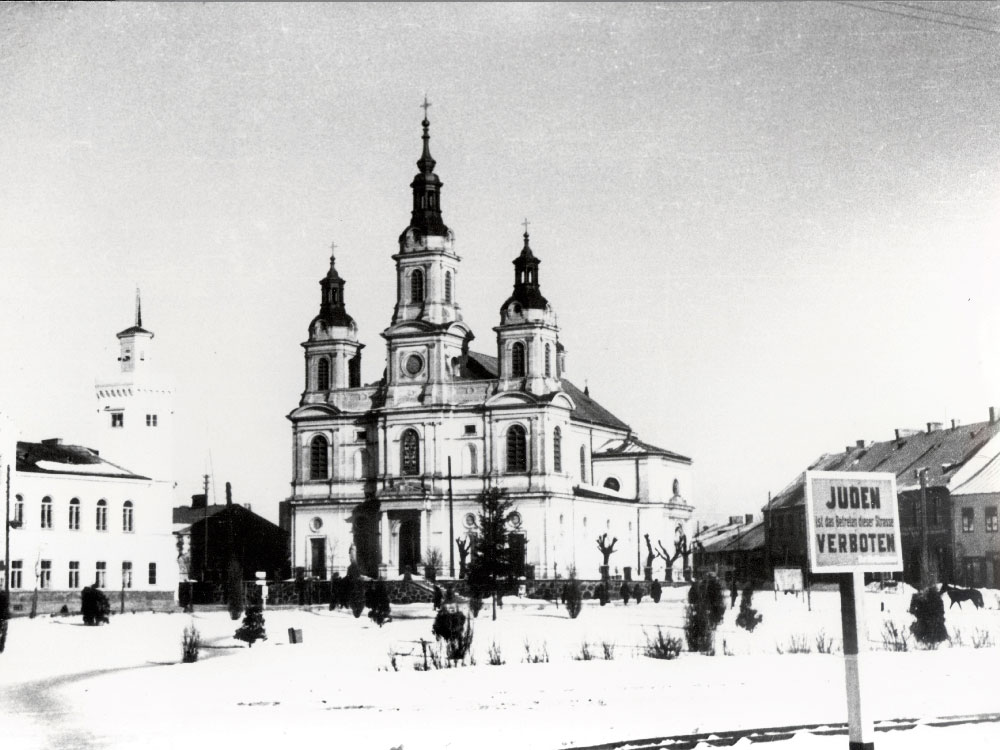 The ghetto was formed by the streets Szkolna, Stodolna, Joselewicza, Strzalkowska, Fabianiego and Mickiewicza. The survivors of Radomsko told what happened with a wealth of detail in the “Yizkor Bukh” of Radomsk (Book of Remembrance). Consult it via the link :
http://www.jewishgen.org/Yizkor/radomsko/radomsko.html 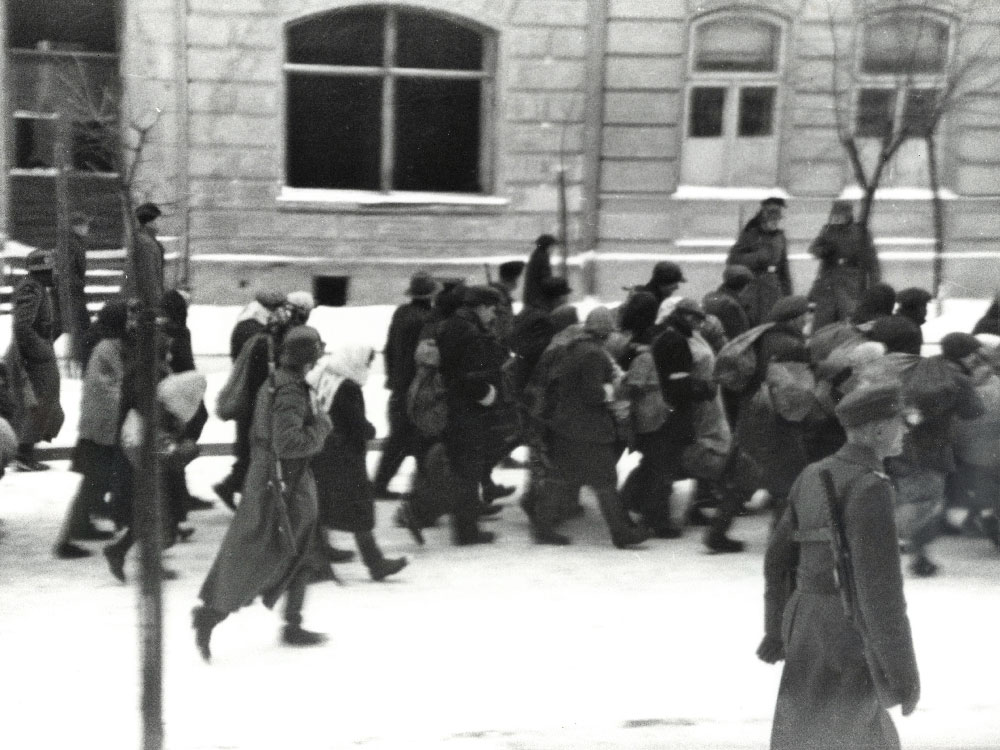 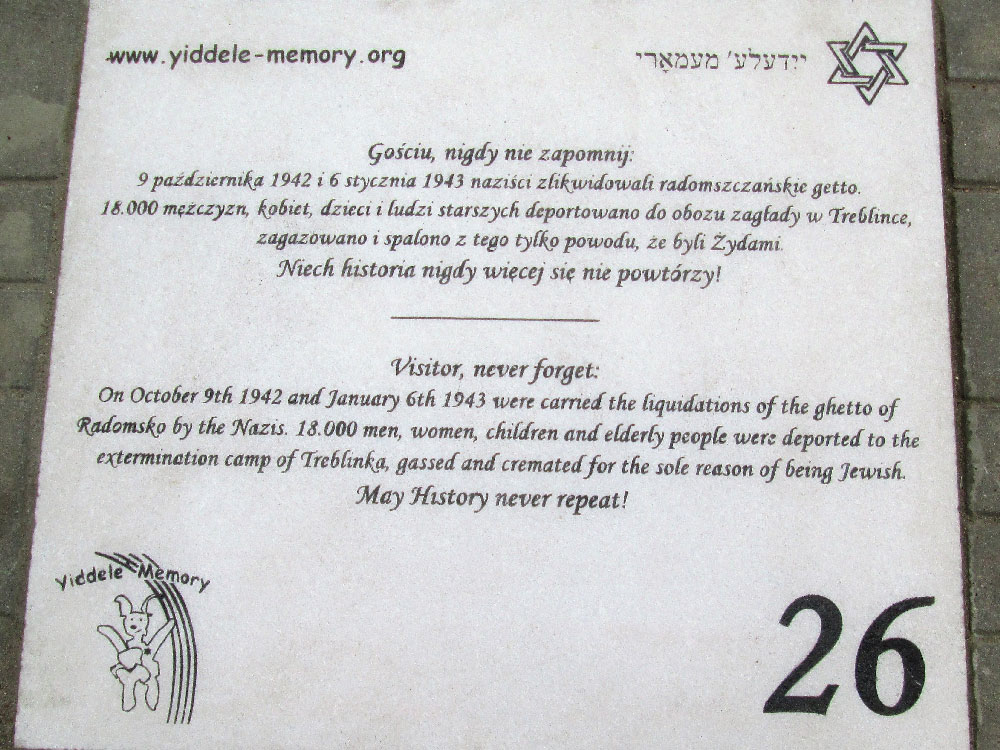 The Umschlagplatz, the Gestapo, the Kommandantur, the Judenrat, the prison, the hospital are also signaled during the visit. There is even a plate in honor of our hero of Radomsko, Herschele Grynszpan z”l, who denounced the misfortune made to the Jewish people as early as November 1938, by an act of bravery in Paris which will become the pretext for the Kristallnacht, the  “crystal night”, in Germany . 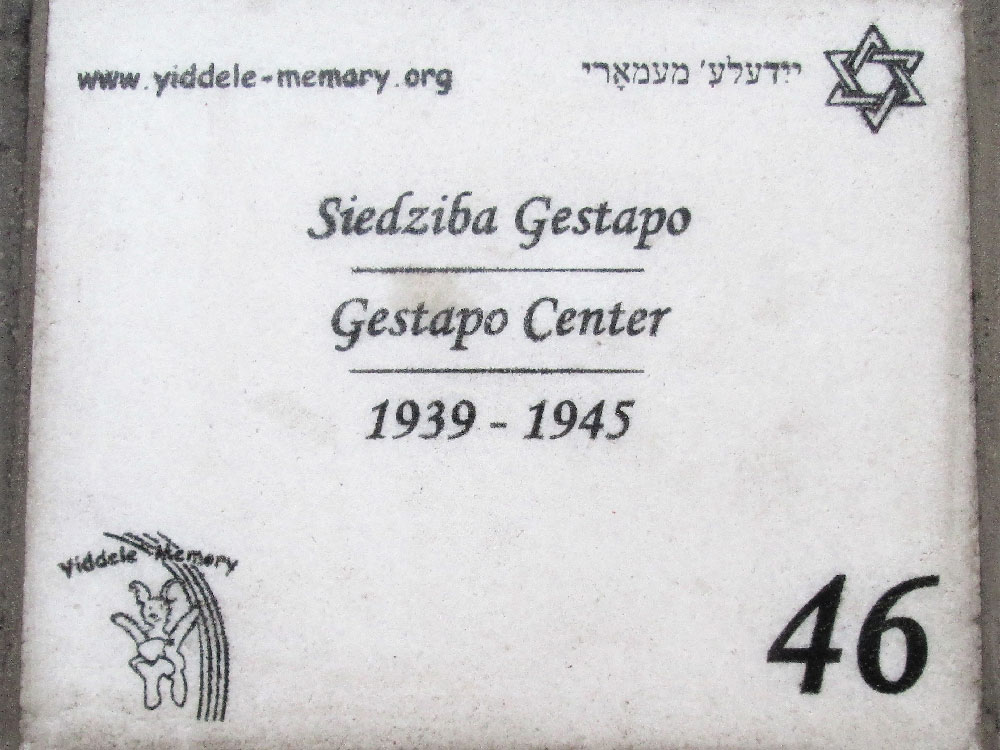 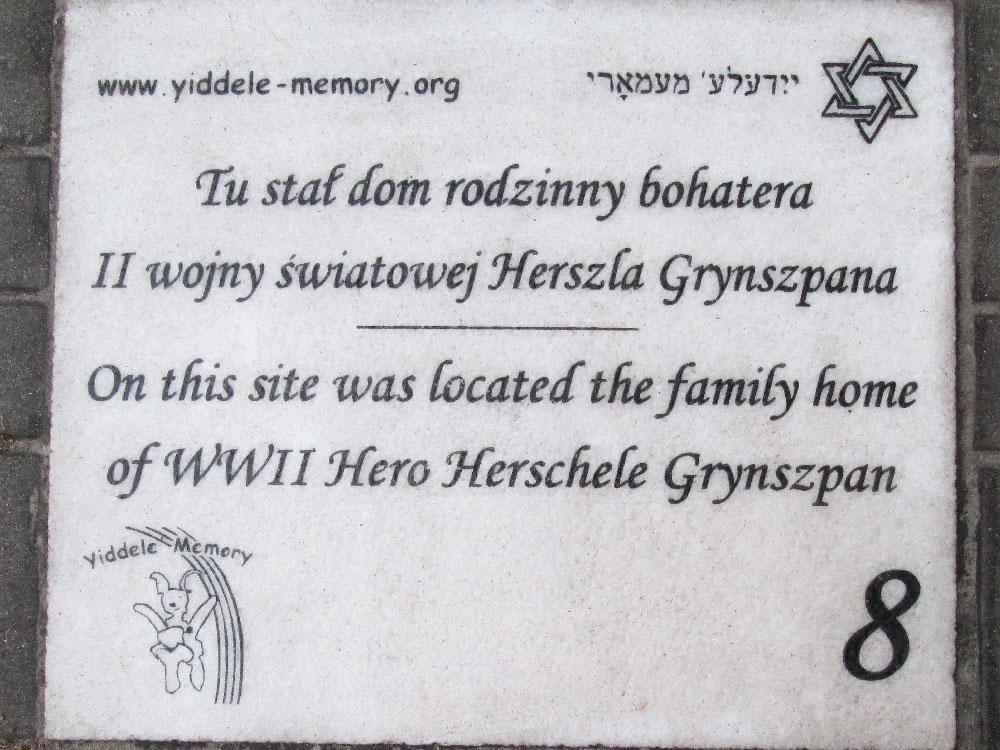 The history of the Kesselmans during the war

My father was a 18 young man in 1939. During the liquidation of the second ghetto, he had the idea of making his family live underground in the forest. This nightmare lasted for 28 months. He saved his family and his first wife at the risk of his life. 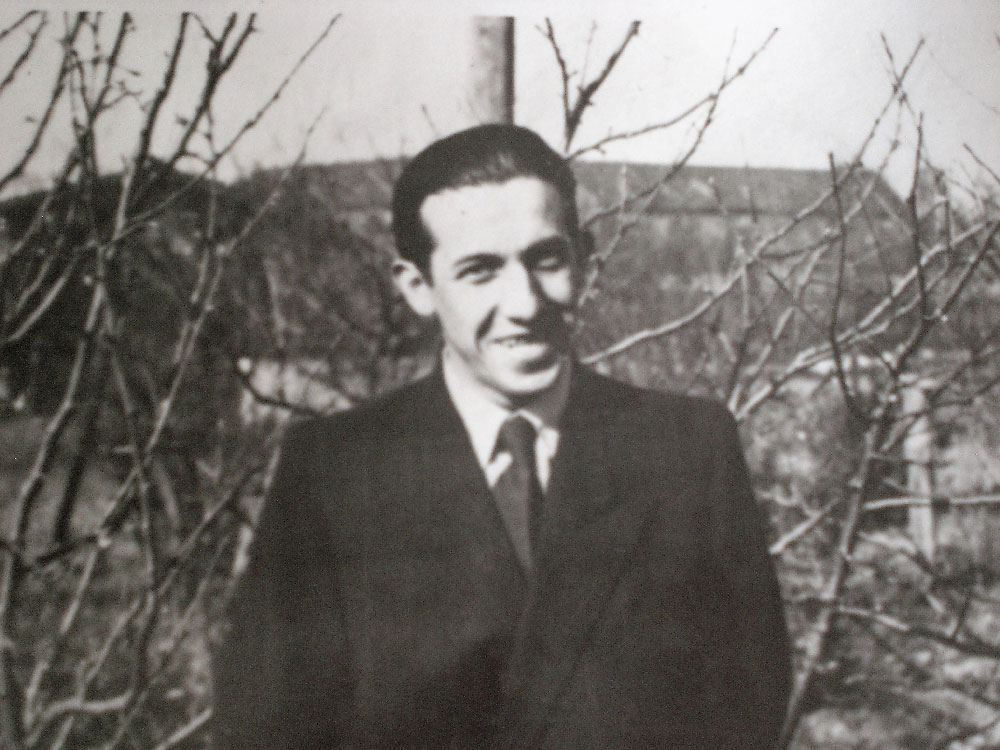 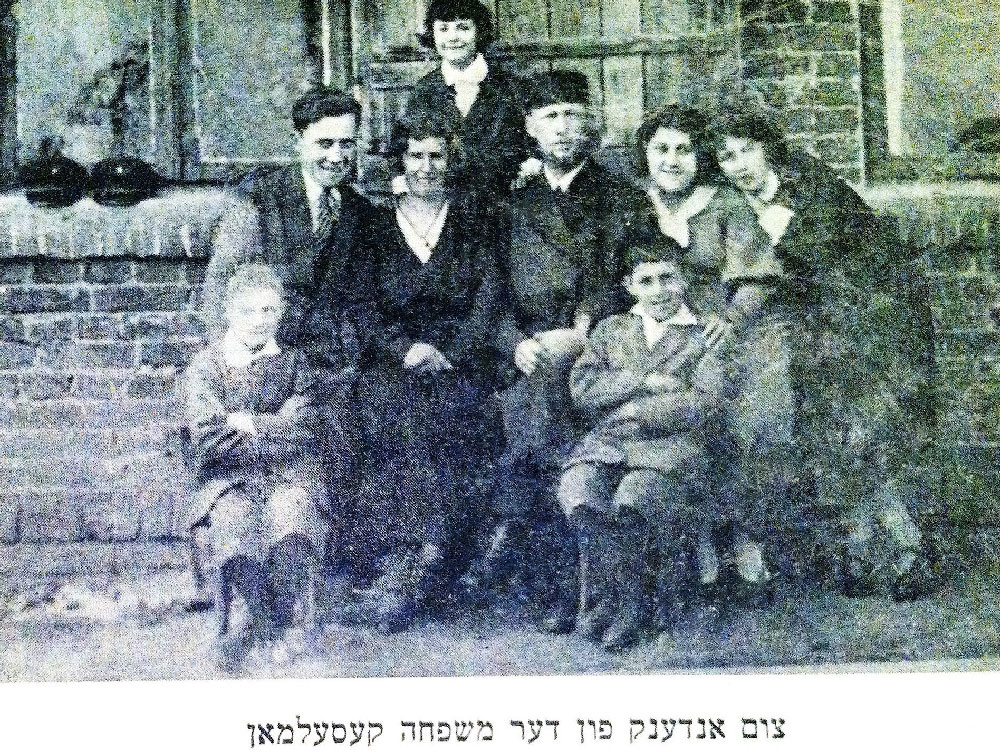 Only a few Jews had the temerity to hide underground under terrifying conditions.
Imagine the Polish winter with heavy rain, several centimeter of snow, the hole flooded with water but you have to stay there until the night comes. Too dangerous to go out during the day. To have to dig another hole, while you have been wet and frozen for more than 12 hours. Where to find strength ? But they did !

The choking summer when you are 6 people hiding in 2 cubic meters “like herrings”.
No one to give you the least daily ration of food. You have to go seek for it, often far and only at night, to find crumbs or potato peels. When you find some…
No doctor when you are sick. Leeches for the sole remedy. To live covered with vermin. To see yourself and your loved ones thin to the point of being able to stretch your skin.

Fearing at every moment to be discovered not only by the Germans, but also by some Polish partisans, your own neighbours sometimes, who did not hesitate to denounce you or worse…
They had a lot of courage these young men who supported their families to save them at all costs !
This is the story of my father, Herschele/Heniek Kesselman z”l.

In the early weeks of 1943, he’s been helped by the old Mr Kaczmarek who left potatoes in his garden and locked up his dog at night so it would not bark. But the situation becoming too dangerous for the Kesselmans and the Kaczmareks, it was necessary to completely disappear from the surface of  earth. This is how my family lived underground permanently, buried alive. Only my father and his little brother Alek z”l went out at night to find potato peels for 6 people.

In the last six months of the war, by an unbelievable circumstance, they could from time to time find refuge at Wicenty Gniatowski’s, known as “Gniotek”,  a true righteous among the nations.
Life is only a thread…
In July 1944, the Gestapo arrived at Gniotek, on the denunciation of the woman Pierzak, yimar shema vezichra.

She had hosted the Kesselmans in her little house in the forest during the first roundup of the ghetto on October 9th, 1942, and with her sons, she  stripped them of the last little things they could still have with them after 3 years of war. A few days later, she put them out of her house, naked in the snow. They had no other choice than going back to the ghetto (until the next liquidation of the ghetto on January 6th 1943). Two years later, she saw smoke coming out longer than usual from the house of Gniotek. She suspected that he was hiding Jews and especially the Kesselmans. She crossed the 10 kms of wood by foot to the Orstkommandantur in Radomsko especially  to denounce them !

The Gestapo arrived at Gniotek’s house and went out of their way to find them. They poked hay into the barn with large pitchforks and in the garden floor, knowing that Jews could hide there. Gniotek and his 13-year-old son were tortured, the boy’s legs broken against the wall of the barn.
B”H, thanks G’od, they did not speak. May they be blessed and their descendants. 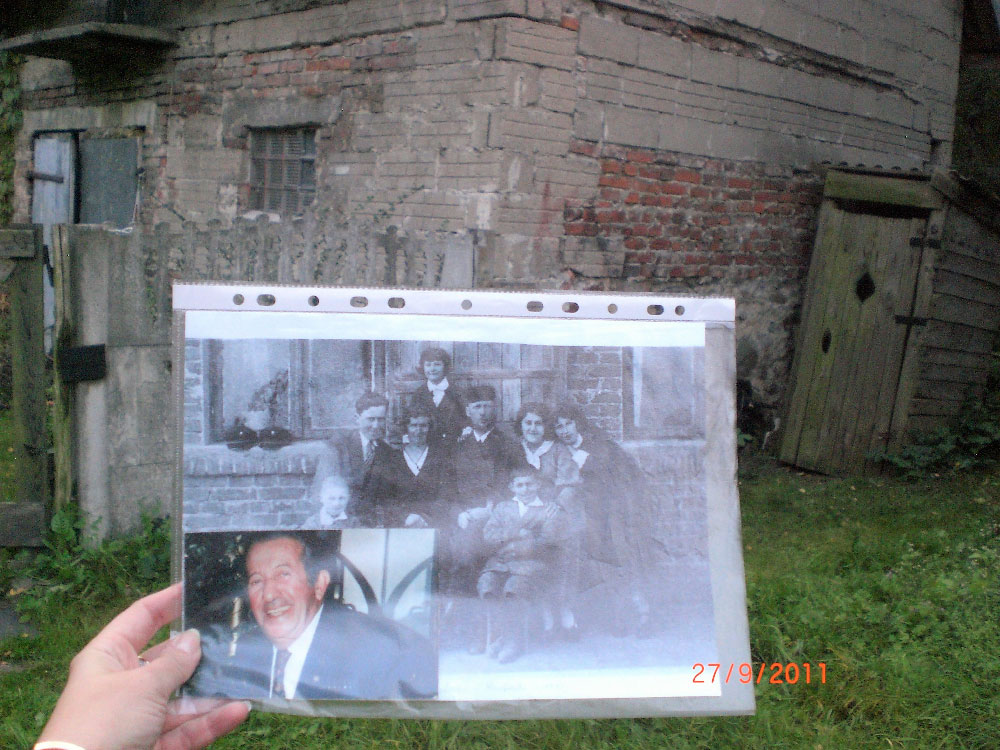 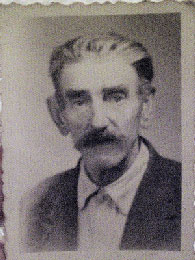 My family was hiding in the hay above the barn.
My grandfather received spikes of pitchforks in his legs. My father had to keep him from shouting in pain, pressing his hands firmly against his mouth. If not, everybody would be found and killed, including the Polish family.
After a while, a boy arrived out of the blue, running and shouting that a calf escaped and its ear was not pierced with a loop. Amazingly, that was dramatic enough for the Germans to leave the place, looking for the calf ! End of the ordeal for a short moment.
The next day, all hidden underground again, my grandfather died of hunger, pains and exhaustion, probably a heart attack, only 6 months before the end of the war, on July 17th 1944 (26 Tammuz 5704), weighting only 28 kilos. Zirchono li vracha.
My Dad and his little brother Alek buried him during the next night in the forest with the help of Gniotek and said Kadish even if they were only 2.
They recuperated his body in April 1945 to put him in the Jewish cemetery of Radomsko.

At the end of the war, on January 16th, 1945, when the Russians entered the city, the Kesselmans returned to live in their house which had been occupied by a German chief.

On July 7th 1945, by an unfortunate coincidence, 26 Tammuz 5705 , 2 Poles forced into their house and killed my father’s mother and his little sister Dvorele, only 20 years-“old”.
After their burial on the day of their own Dad’s Yurzeit (Jewish anniversary of death) and after the younger brother Alek recovered from the bloody wounds of that night, the brothers, sister and wives Kesselman left Radomsko and Poland to never return. 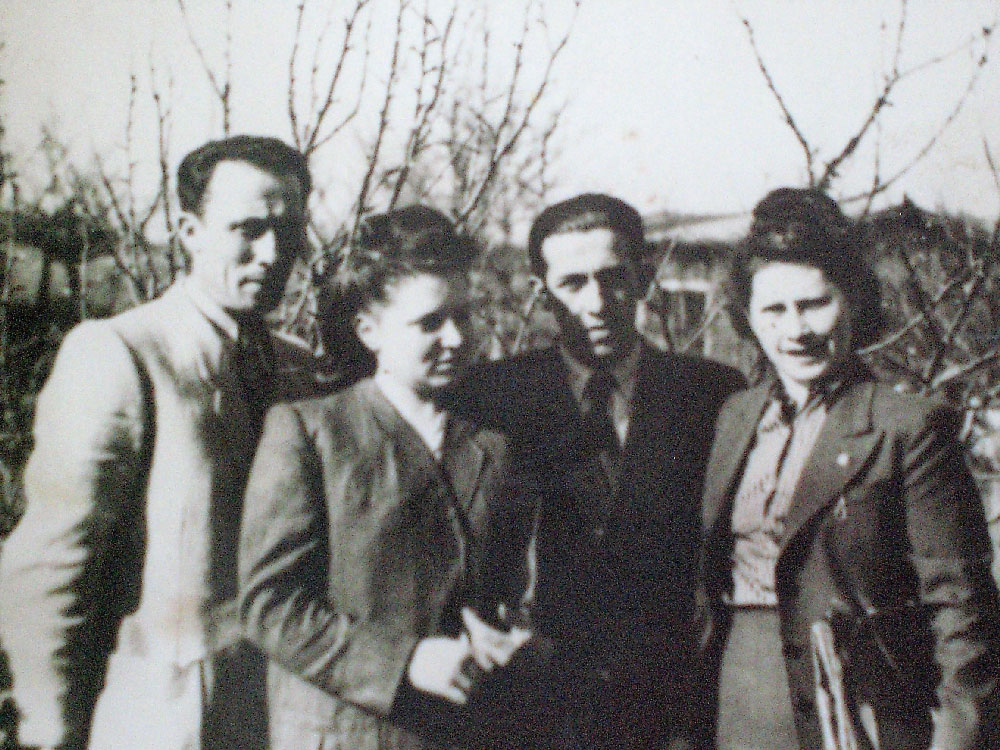 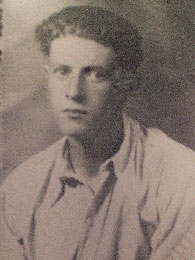 For me, the emotion was immense, indescribable, to meet Elzbieta, Gniotek’s granddaughter, who still lives in this very humble house where our ghosts still roam… 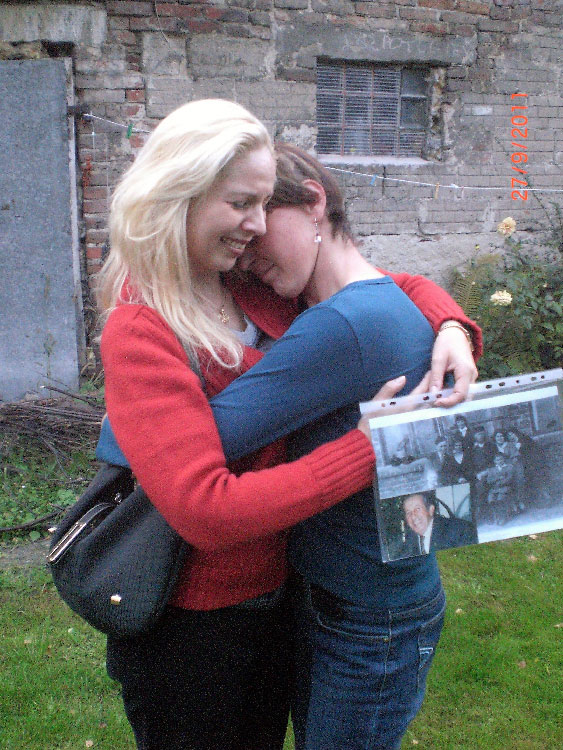 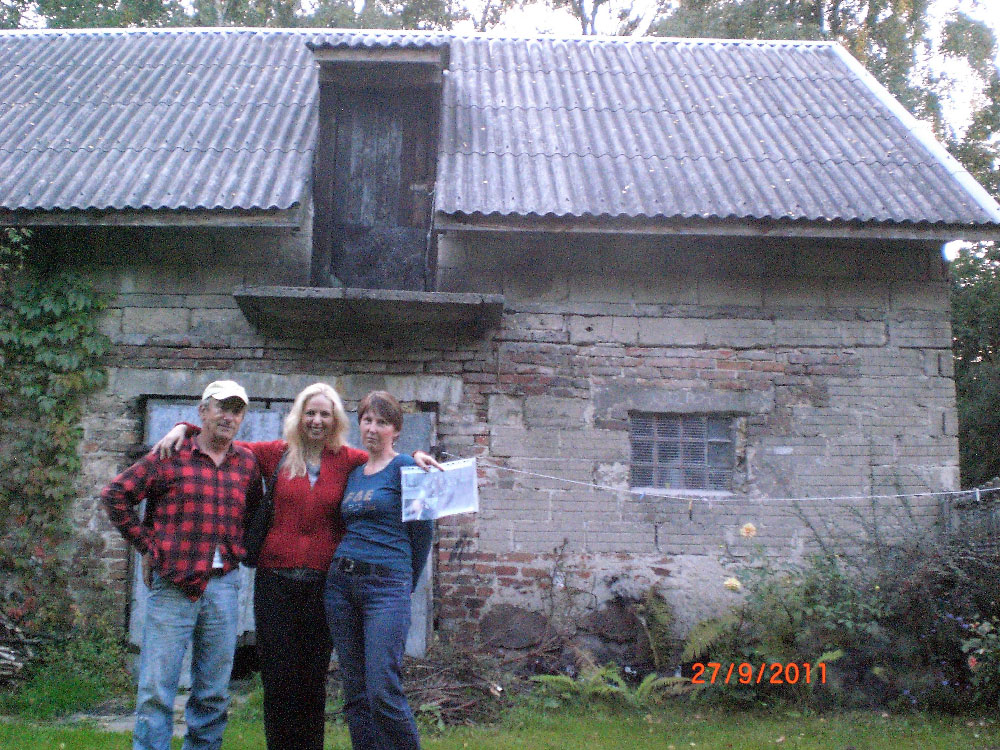 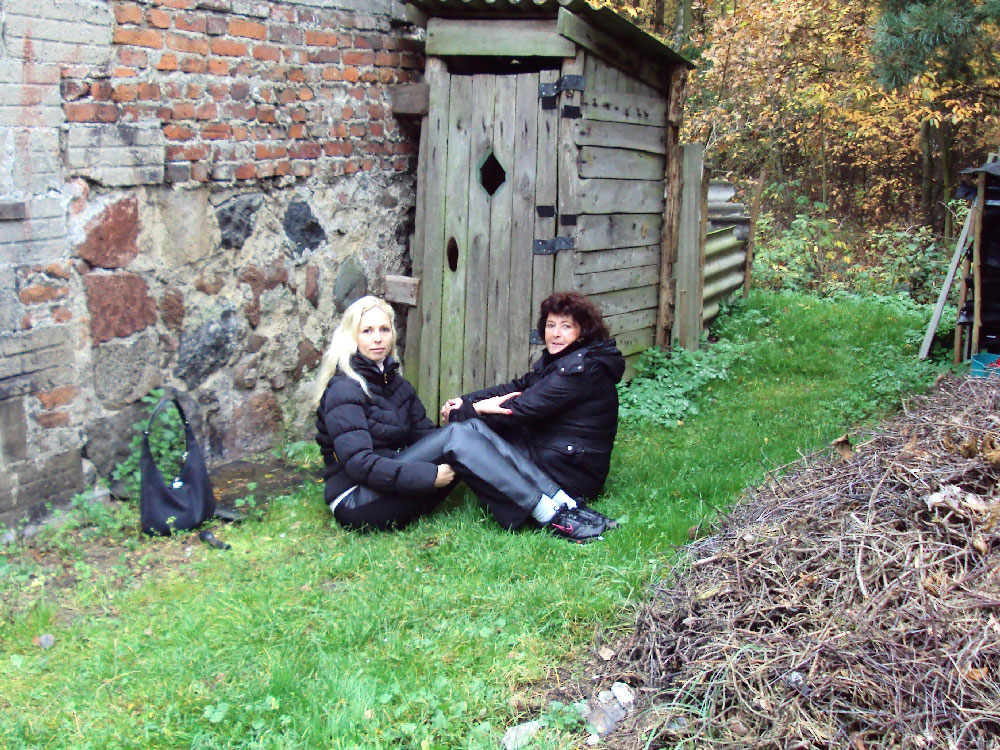 At first glance, we fell into each other’s arms, crying. Words were useless.
We knew how incredibly lucky we were to be alive. If Gniotek had spoken, if my grandfather had yelled, everyone would have been burned alive in the barn. Today, neither she nor I would be here…

This was my very first day in Poland on September 27th 2011.

On the second day, I met Krysia, my grandparents’ maid. She had worked for them since she was 8, being treated like a daughter of the family and she was also their shabes goy. Being the same age, she was the friend of my father’s younger sister Dvorele. She is the one who discovered them, murdered at night, in July 1945.
When she saw me, it was for her like to see a ghost of the family. We could not stop hugging and kissing. I filmed her for hours, asking her more details about my family and their childhood.
During winter 2013, we went together to the Jewish cemetery and she showed me where my grandparents and my auntie Dvorele were buried. Just like Daddy used to say, she said that half of the city of Radomsko followed the coffins of the mother and daughter Kesselman through the whole city for their burial. It was a shock for everybody. After the Kesselman siblings left Radomsko forever, Krysia kept on going to the cemetery every month to honor her bosses and Dvorele that she considered like second parents and sister. 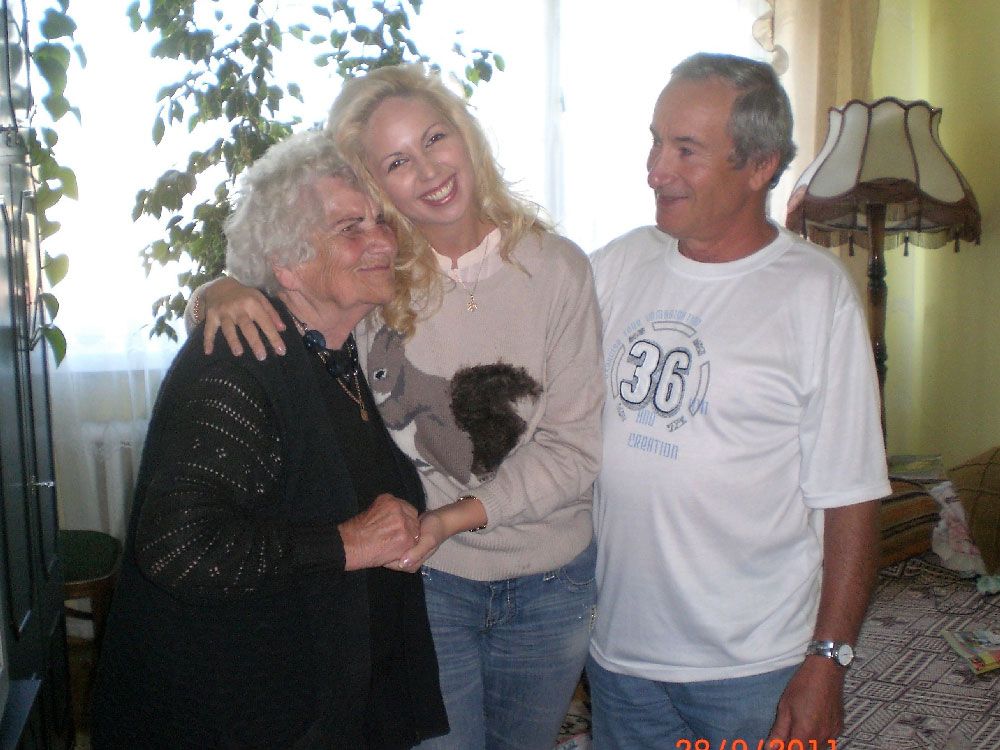 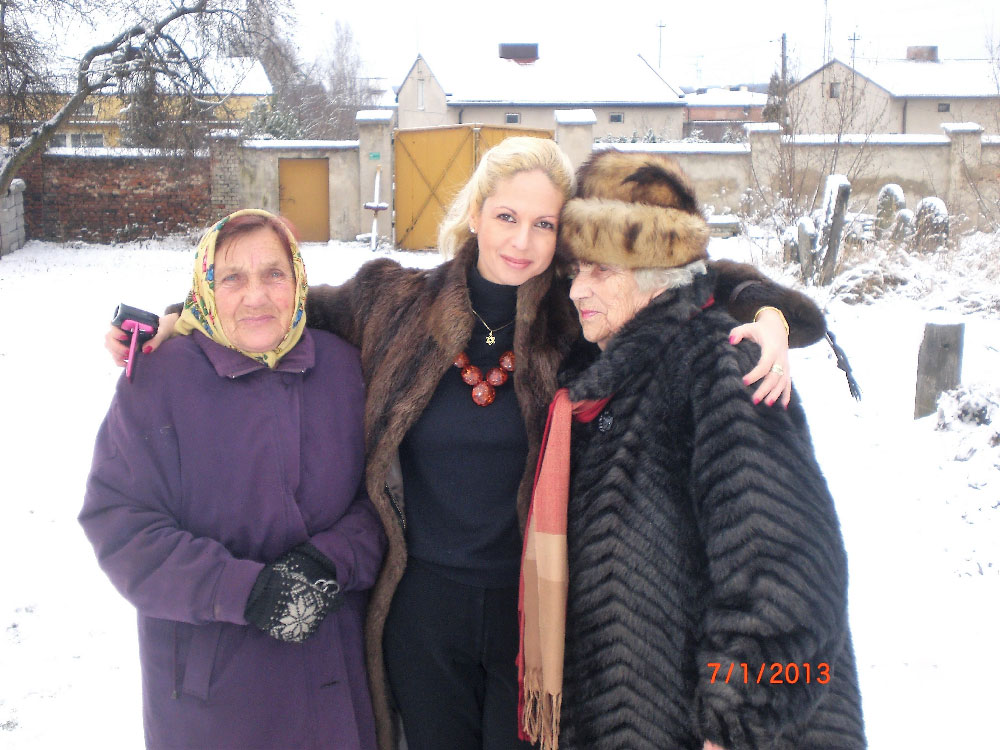 I was also received with all due respect and the greatest tenderness by the present owners of my family house, the niece of Krysia working there as secretary !
I can have a tea there whenever I wish and it is a great emotion to be able to walk in the house where my father and his 8 brothers and sisters grew up. 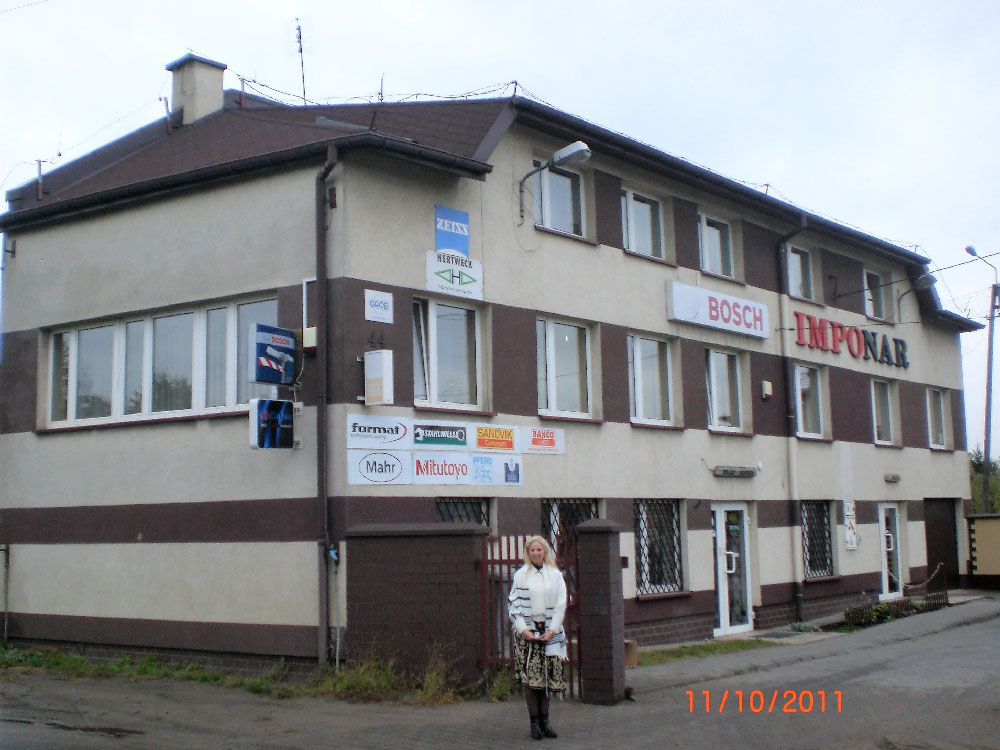 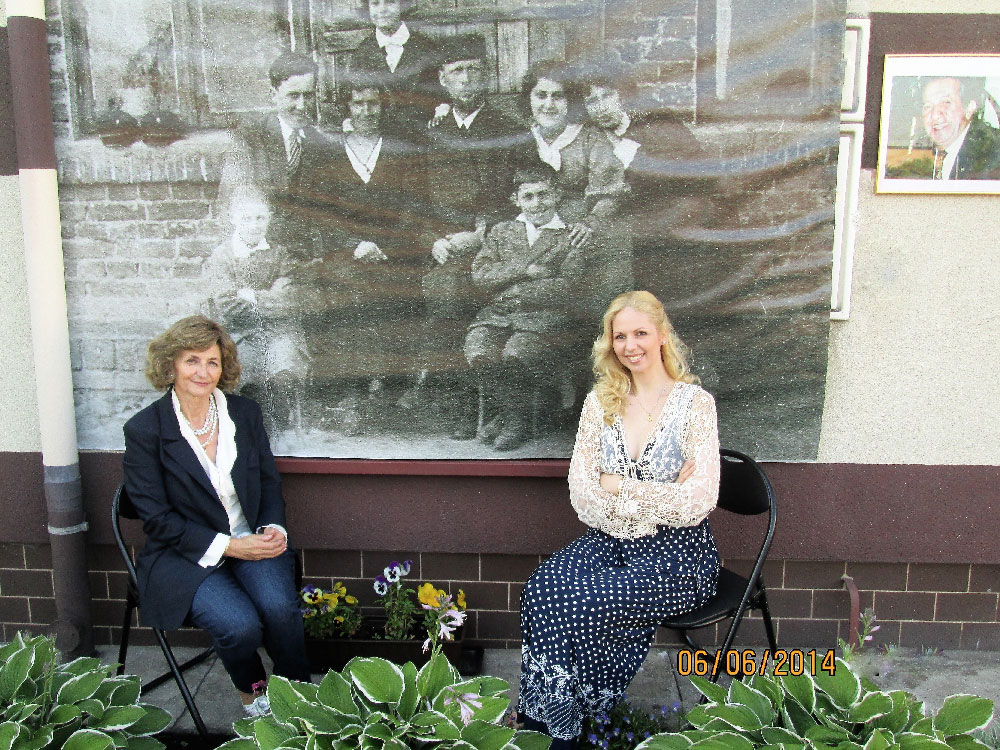 I understood why Professor Elie Wiesel z”l and Stephen Smith encouraged me to go to Poland, pointing their watch and saying exactly the same words: “You should go to Poland NOW. Before it is too late. You could still find someone who knew your family”.
Thanks G’od, I listened to them and I even found a few other old people who remembered them ! 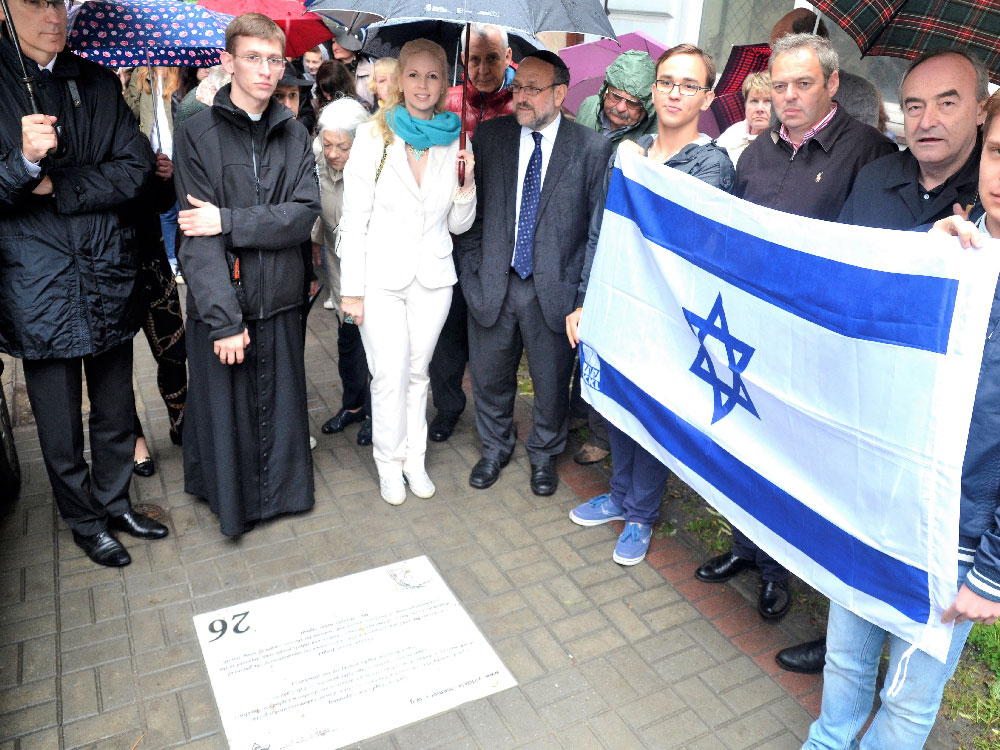 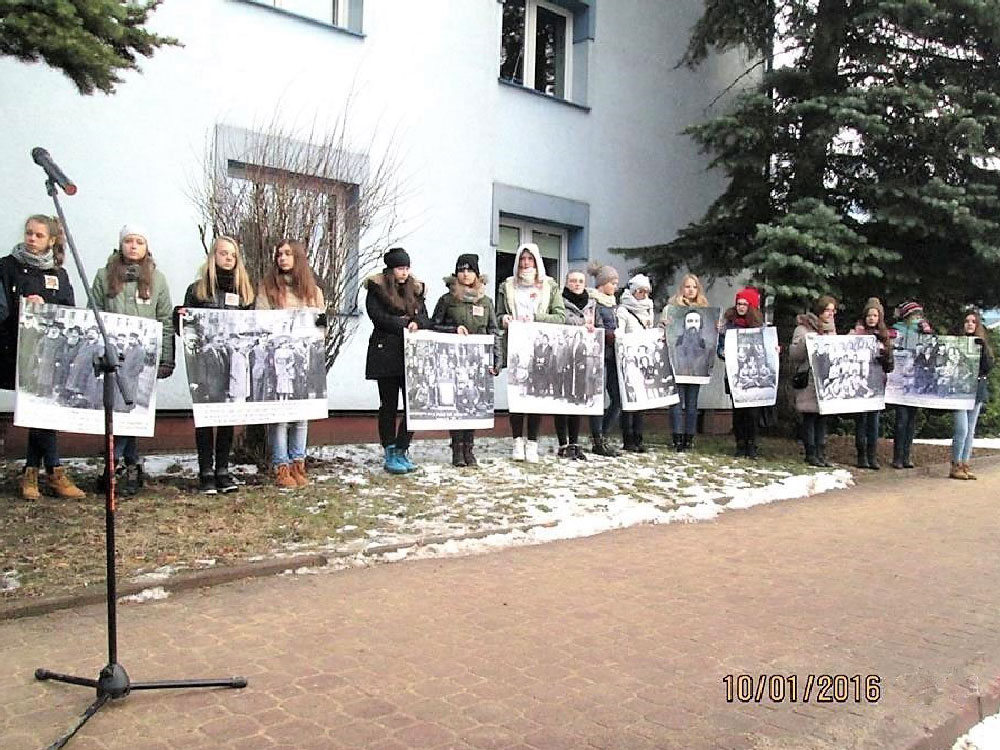 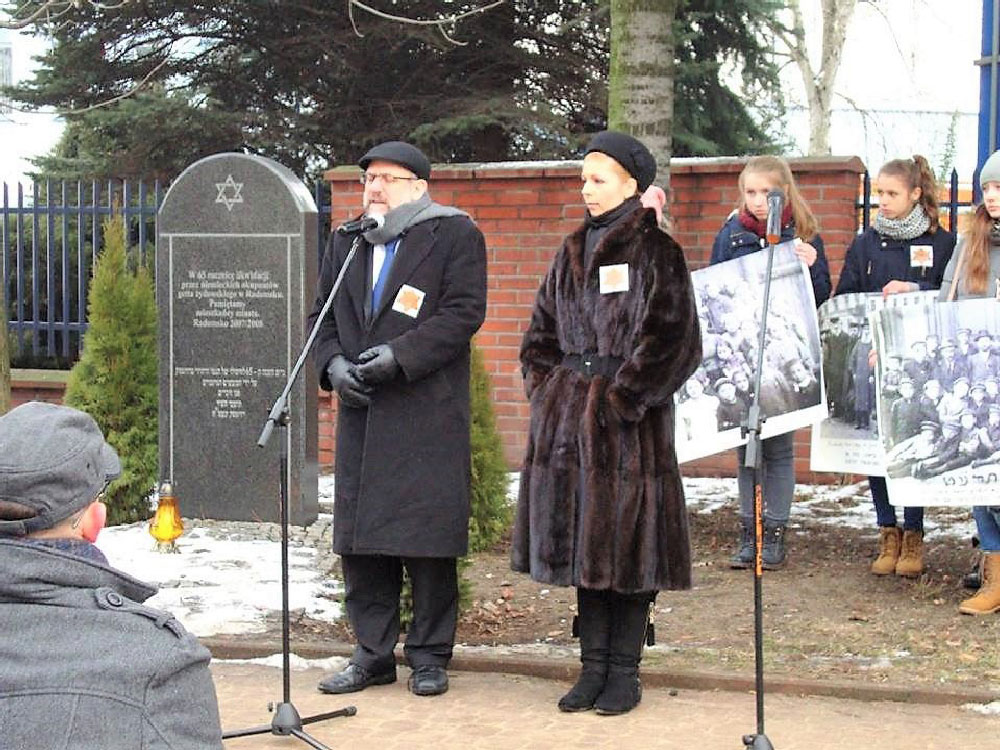 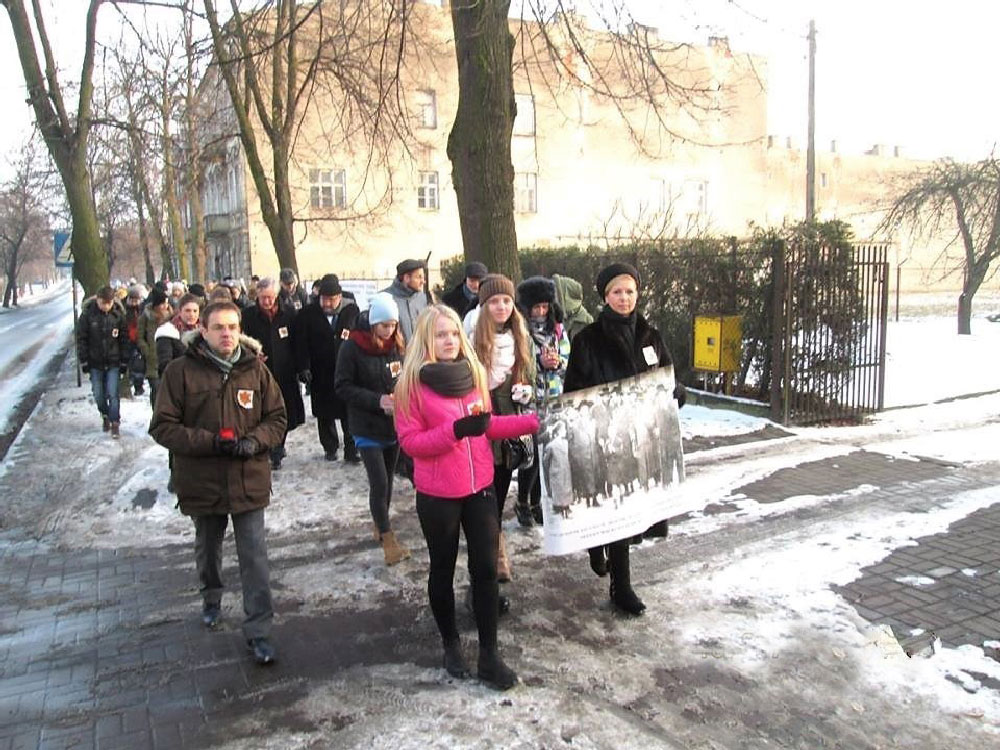