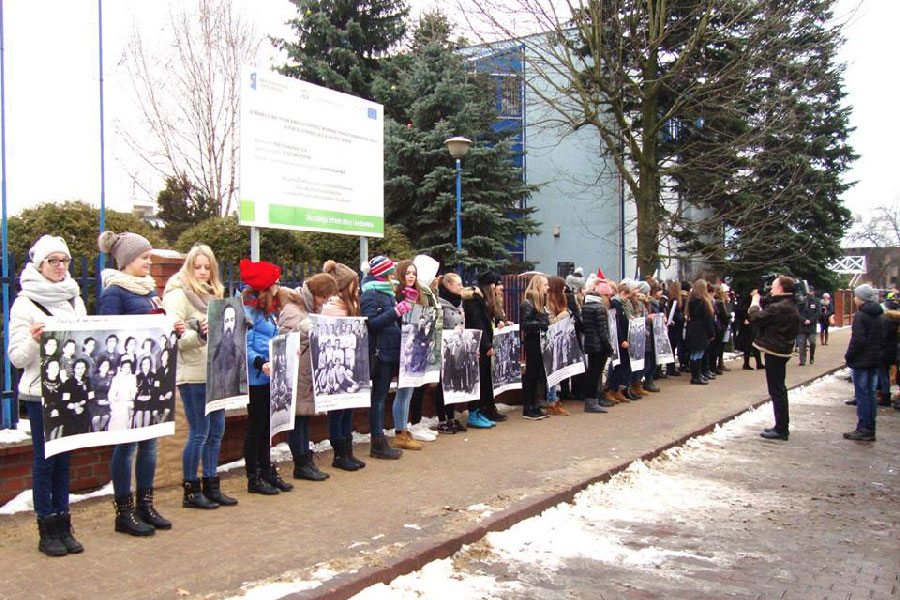 January 10th 2016, 29 Teveth 5776, Radomsko, Yizkor ceremony organized by “the Kesselman Museum in Radomsko” with School No. 7 and Chief Rabbi of Poland, Michael Schudrich, Member of Honor of the KMR.

We remembered the 18,000 Jewish victims of Radomsk, deported, gassed and burned in Treblinka for the sole reason of being Jewish.
25 distinguished guests came from all over Poland (Warsaw, Lodz, Czestochowa, Bytom, Katowice, Piotrkow Trybunalski…) and more than a hundred students from Radomsko participated to the ceremony.

Minister Counselor of the German Embassy, Fried Nielsen, made a very moving speech and Her Excellency Patricia Salas, Ambassador of Argentina, traveling in Yugoslavia but supporting ‘’the Kesselman Museum in Radomsko’’ since its creation, sent a vibrant letter.

The Chief Rabbi of Poland made a speech reminding the youth that anti-Zionism and anti-Semitism are one and same evil. He sang “El Maalei RaHamim” in memory of the victims of Radomsko.

Rachel Lea Kesselman, President-Founder of “Yiddele’ Memory” and of “the Kesselman Museum in Radomsko”, recalled the story of her own family in Radomsko and how, out of 200 members of the same Hasidic family, only her father was able to survive and hide his immediate family. Only 6 out of 200 people were able to avoid cremation in the death camps by living for 28 months underground in inhumane conditions.

She concluded her speech by reciting the “Tfilu Norau” of Radomsko’s Great Tzaddik, Tiferes Shlomo za”tsal. On the population of 25,000 inhabitants in Radomsko in 1939, 55 percent were Jewish. More than two-thirds were Orthodox. What a most appropriate tribute…

Then the students recited for 25 minutes, in a respectable silence, all the names of the Jews of Radomsko that are mentionned in the Yizkor Book.

Finally, we all together took the way of the deportation, Kosciuszki Street, in the same snow as 73 years ago, to the train station.
Each guest left a burning candle as well as a stone marked with a Jewish name.

This day of Yizkor ended with a visit of a part of the “Kesselman Museum”.

Let us never forget what happened in Europe only 70 years ago and let us teach it to the younger generations. It is our duty. 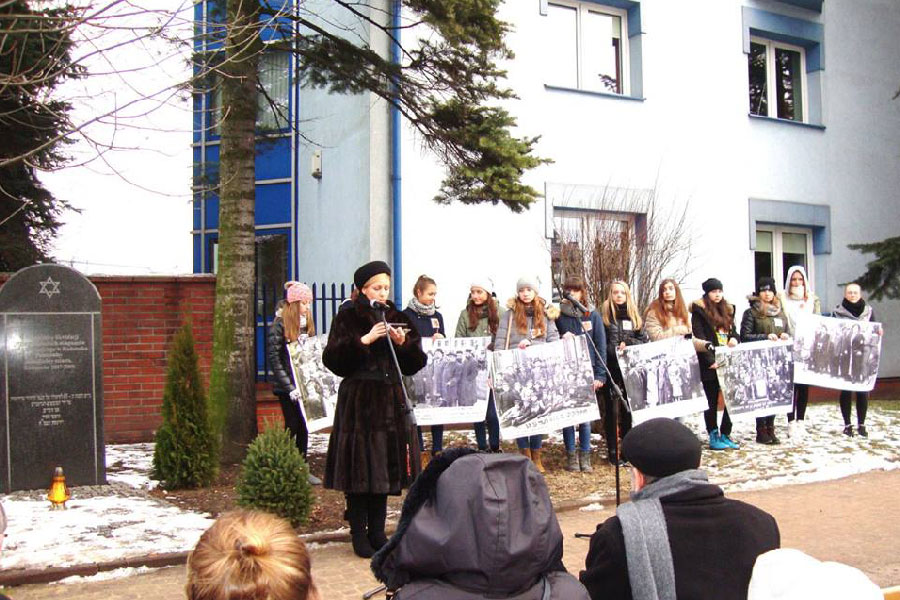 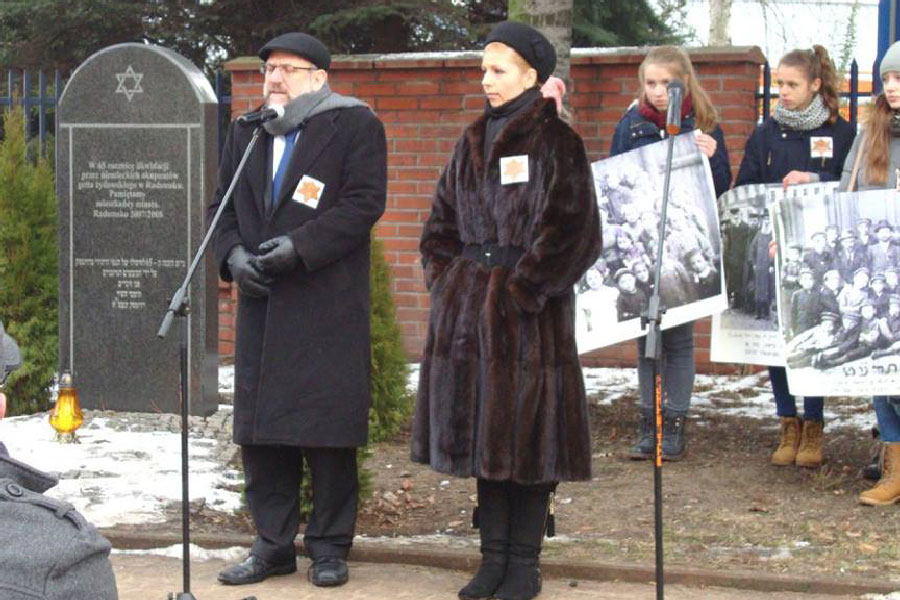 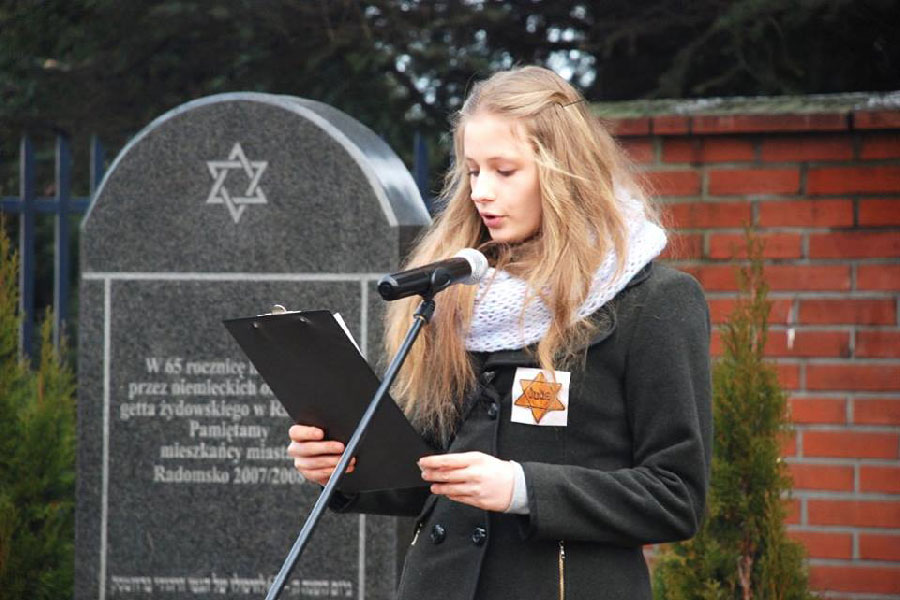 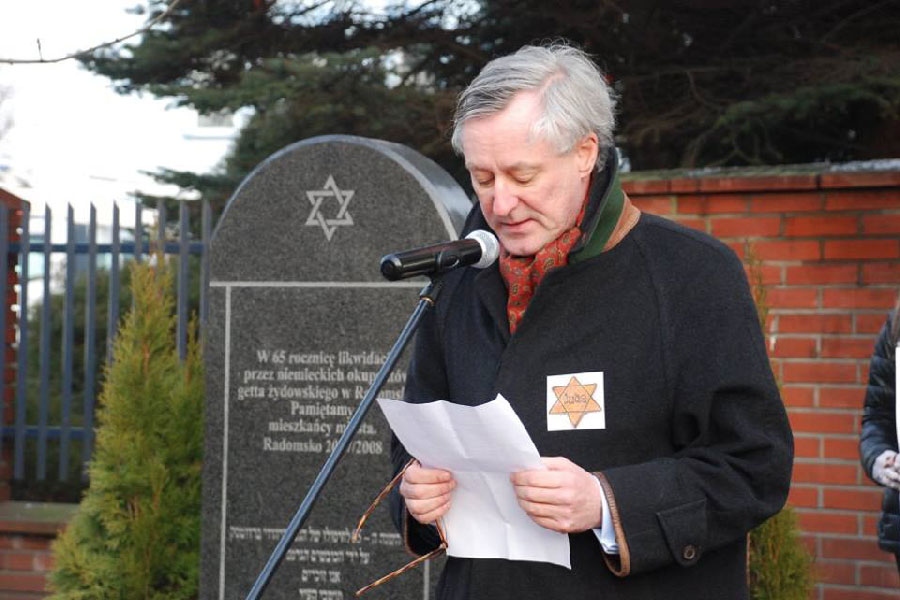 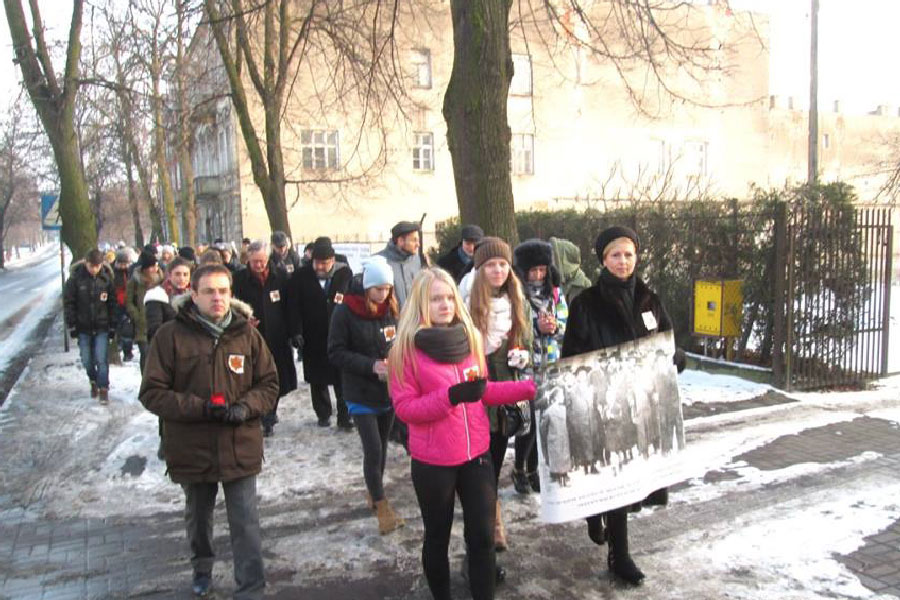 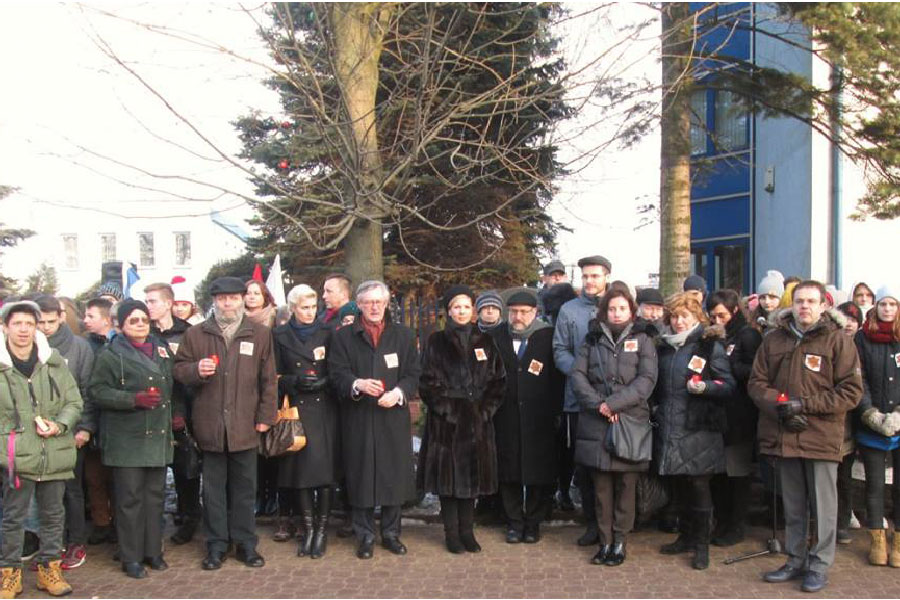 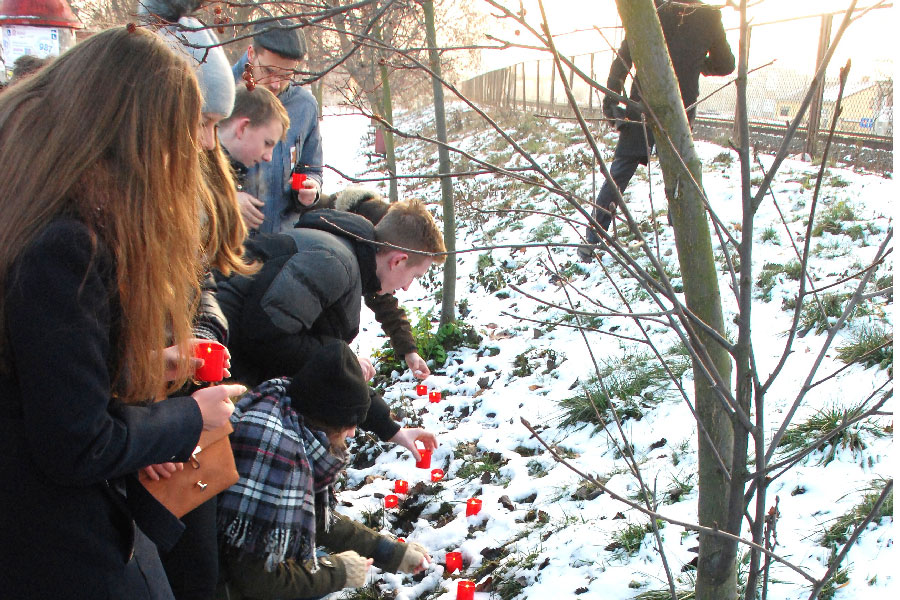 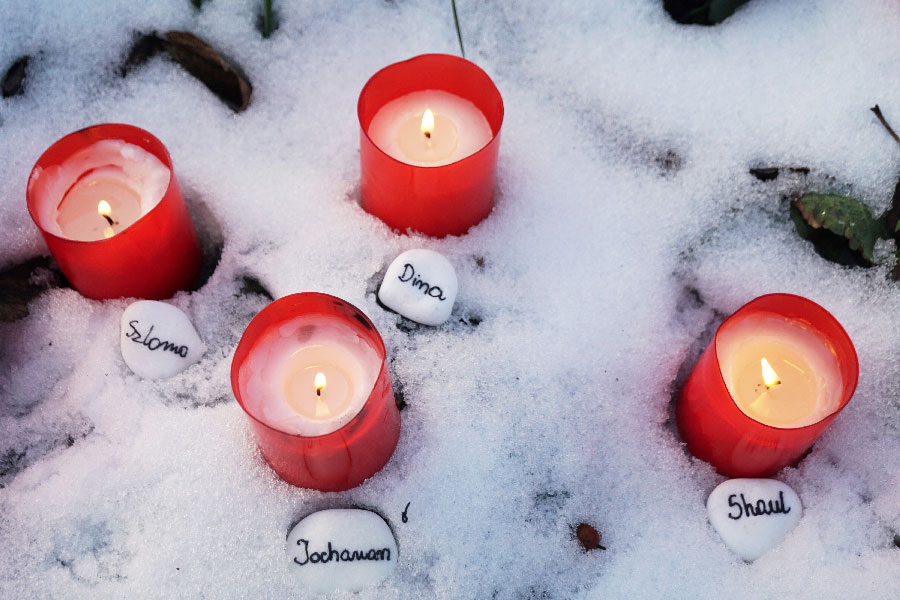 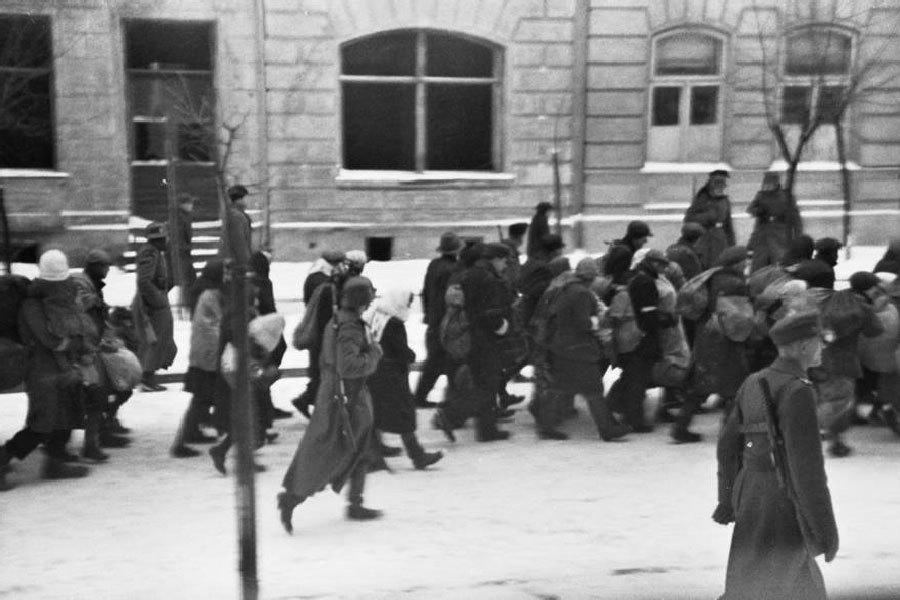