CHANGE of 7 TABLICZKI of the KMR thanks to MINISTRY OF CULTURE and TSKŻ, November 2019
– Back to EVENTS page –

Change of 7 tabliczki of the KMR thanks to the Ministry of Culture and TSKŻ, November 2019

On November 27th and 28th 2019, seven plates upon the 60 tabliczki of the ‘’Kesselman Museum in Radomsko’’ have been replaced thanks to the financial support of the Ministry of Culture of Poland, on the original idea of Minister Jarosław Sellin, when I invited him in Radomsko in November 2017 for the 100th Anniversary of the Balfour Declaration.

Because the City of Radomsko is working on replacing the pavements, it could not be done until now. But finally for the best !

The Members of Honor of ‘’the Kesselman Museum in Radomsko’’, including the Chief Rabbi of Poland, Michael Schudrich, HE Fernando Gelbard, former Ambassador of Argentina to France, whose father, Minister José Ber Gelbard was born in Radomsko, HE Avi Pazner, former Ambassador of Israel to France and Italy, the KMR team and Members around the world, are grateful to the Ministry of Culture for this recognition of the work of the KMR in Poland’s cultural and educational lanscape.

TSKŻ, the largest Socio-cultural Jewish organisation in Poland, represented by its President Artur Hofman, has been an important collaborator in this project.

The KMR particularly thanks its dedicated lawyer Jolanta Kalecinska and the very efficient Adam Gliksman, new Coordination and Communication Director, without whom this project would not be born.

The plates have been realised by ‘’Metal’Art’’ and placed in Radomsko by ‘’Imperium Zieleni’’, both companies from Krakow who have a long experience in this domain. The simplified KMR logo was designed by the famous graphic designer Pr Jacek Maria Stokłosa.

The KMR also warmly thanks the city of Radomsko, Mr Mayor, the Starostwo and GDDKiA for their authorizations to put the tabliczki in the streets like 5 years ago, but now, for a work of much better quality !

A good news never comes alone : the previous company who had installed the first 50 plates in June 2014 lost the trial at the Court of Radomsko, the Court giving 100% right to ‘’Yiddele’ Memory’’ (the Young Children of Holocaust Survivors’ Organisation who sponsored the first project) !

Hoping that the 53 other tabliczki will find donators and sponsors and will very soon be replaced to have again another international inauguration in 2020, and that many tourist will discover the Jewish culture and the historical places in Radomsko, the Jewish LIFE that was before the war, never seen before on such a large scale ! 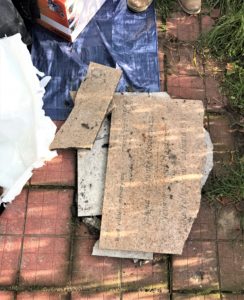 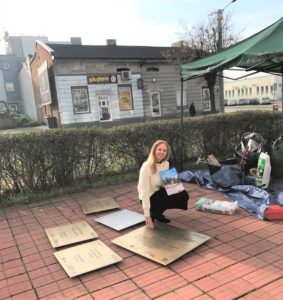 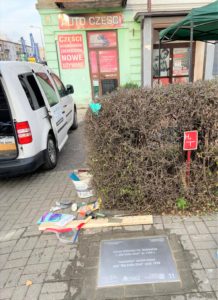 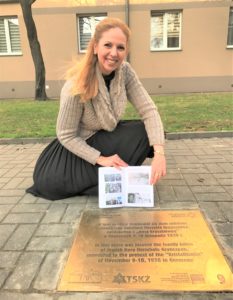 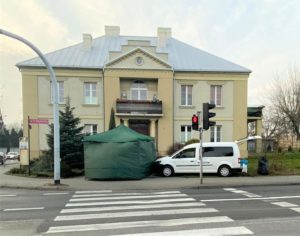 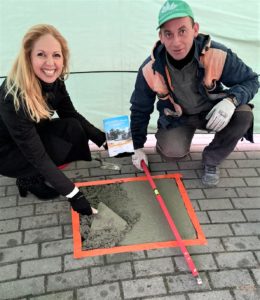 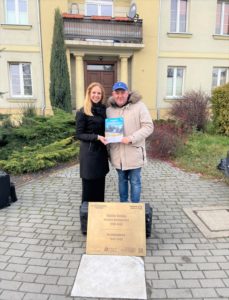 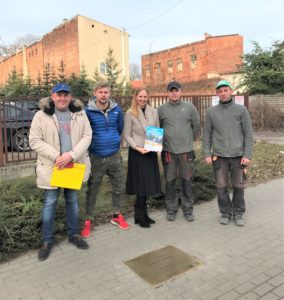 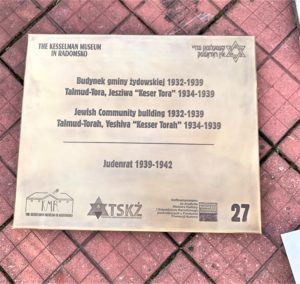 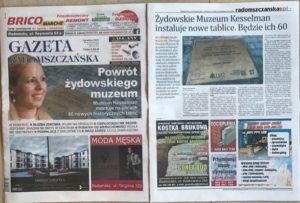 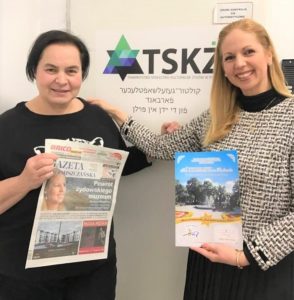 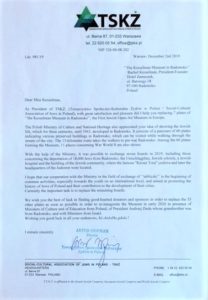 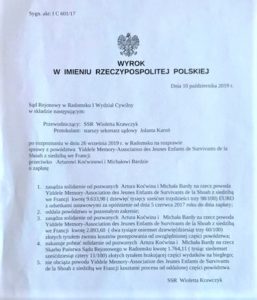